Dealing with Bullying Between Fish 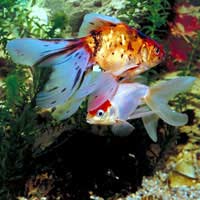 You’ve finally got your tank set up, the temperature right, the plants thriving and the water filled with a variety of fishy inhabitants – and you’re all ready to sit back and enjoy your aquatic micro-world. But what’s this? One of the fish seems to be constantly harassing the others – picking on the smaller fish, not allowing them access to food, swimming aggressively into them with a head butting motion. The other fish are starting to show signs of stress, hiding in the corners of the tank, some even sporadically floating on their sides – but certainly, not fighting back. Welcome to the world of fish bullying! So how do you deal with it?

Why Does it Happen?

Fish can become aggressive for a number of reasons. One of the most common is territorial behaviour, especially during breeding time. Some species can become very possessive of certain areas in the tank, particularly if they are guarding a nest or spawned young. In such cases, it can be best to just give the fish enough space to carry on “as nature intended”. In general, if you have fish that are near or actually spawning – or even looking after young, it is a good idea not to trust them with other fish, especially if the other fish are not of an appreciable size.

Sometimes, fish can just be territorial in general and will set up an invisible area that they regard as their own and prevent other fish from entering it. Adequate space is a very important consideration in a tank – for example, most goldfish need around 10 gallons of water each to remain in good health. If they feel overcrowded, they will become more territorial and will start to display their stress through harassing, fighting and generally bullying the weaker fish. Food is another consideration as fish will fight over food if they feel that there is insufficient amounts to go around.

Unfortunately, sometimes – like in the human world – some fish simply don’t like each other. In such cases, sadly the only solution may be permanent separation.

It is a popular misconception that only bigger fish will bully others. Certainly many of the bigger species, such as the Cichlids, can become very dominant as they mature and will reach a stage where they will only tolerate fish of a similar size or bigger than themselves. But it is not uncommon to find a smaller “cute” fish bullying others much bigger in size. This happens more frequently during breeding time but it can also just be down to the individual personality of the fish in question. Unfortunately, even with the most careful selection, you may not be able to get all your fish to live in harmony. For example, the colourful Dwarf Gourami is usually quite docile but this can all change during breeding time – in fact, this little fish can become the terror of the tank, especially if nest guarding, attacking and bullying other fish twice his size. Most of the Gourami species and the Bettas will display this behaviour in such circumstances.

Make Sure They're Not Love Bites!

Before you panic about fish bullying, make sure that you’re not simply observing mating behaviour. It can be easy to confuse this with bullying as many species will look and act aggressive during breeding time. Cichlids, for example, will lock jaws and chase each other around –and it can look like they are going to tear each other apart! Similarly, with Live-bearers, the males will constantly harass the females, even to the point of exhaustion and the only solution is to remove the females to another tank if they seem to be experiencing too much stress.

So How to Deal with Bullying?

You can try a variety of things to stop bullying. Check the amount of space in your tank and increase it if possible, so that there is less likelihood of overcrowding and stress. If you have a particularly dominant fish who is guarding areas of the tank, try rearranging the tank completely so that it becomes confused about the boundaries of its territory.

Often, fish that bully tend to be the only representative of the species in the tank, such as a lone Angel or Oscar. In this case, a frequently successful solution is to introduce another fish of the same species to distract the bully.

For the more docile occupants in the tank, you can add more places for them to hide, such as through additional planting or rock arrangements - it is especially good if you can provide some hiding places that the bullying fish can’t get into.

As a last resort, you may have to think about keeping the anti-social fish in his own tank or even rehoming it to a fellow enthusiast or even back to the pet store or fish suppliers. Some may be willing to trade a large fish for several smaller ones.